To change the language before a conversation has started, the user will need to do the following: 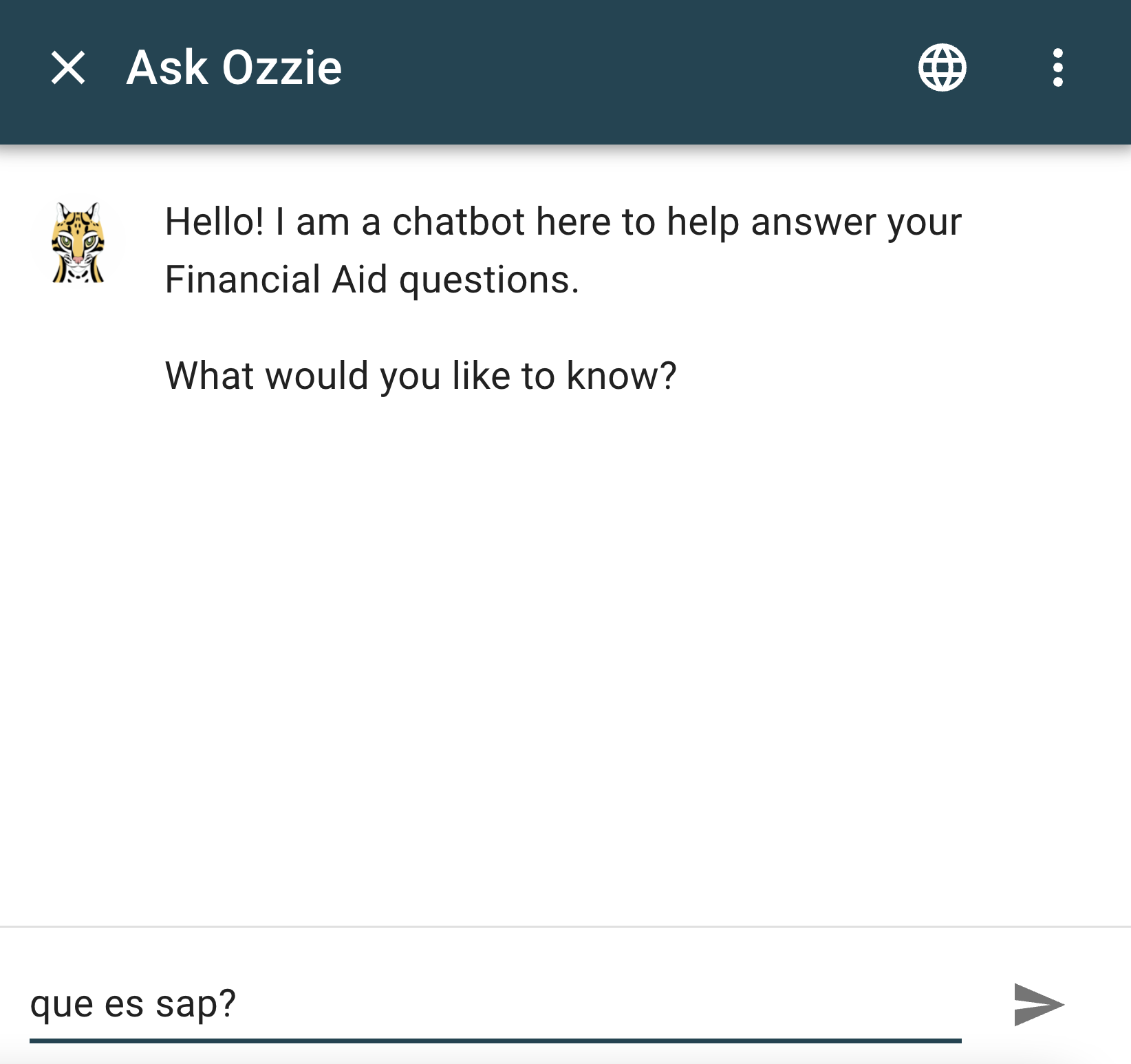 The bot will automatically reply in Spanish, when it recognizes the Spanish phrase being asked. 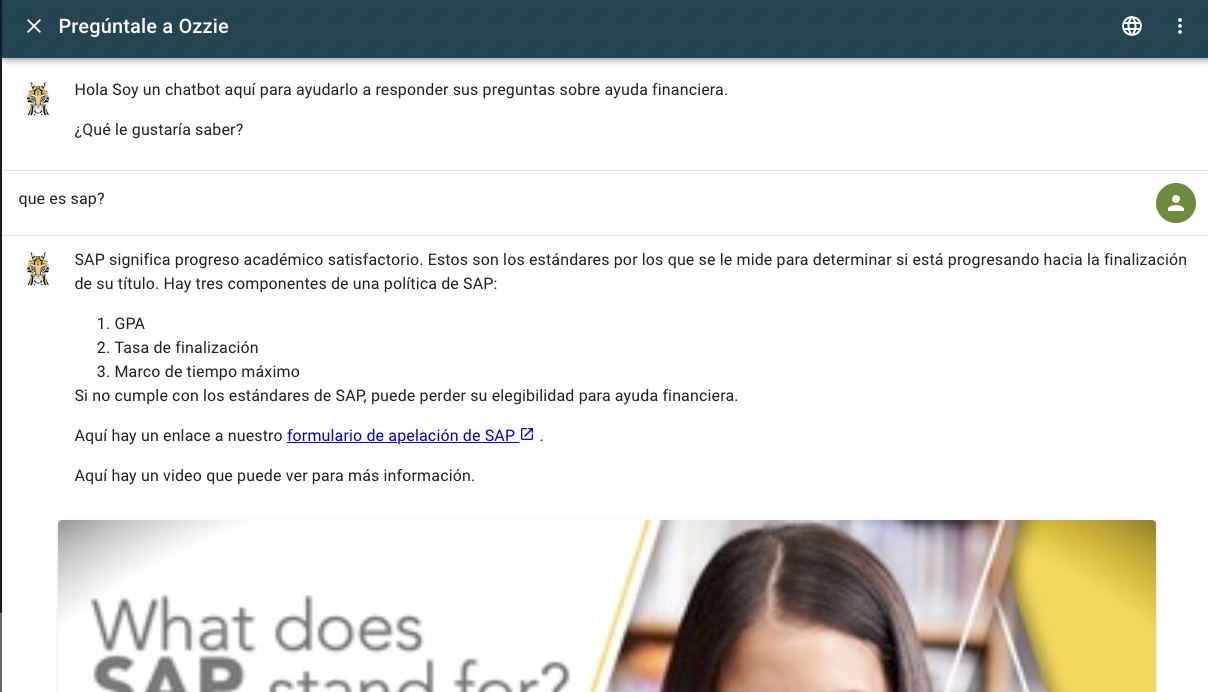 If the user begins typing in a language that is not currently supported but another Romance language (like French, Italian, Portuguese), the bot may respond in Spanish.  This is how the language detection software may respond.  This is because many Romance languages have terminology overlap and the bot is detecting some phrases or words that may seem Spanish.  At this time, this is expected behavior within the chatbot's language detection processing.

Note: In order for users to understand which languages are available, it is recommended that the welcome/opening text of the bot list the supported languages.

To change the language after a conversation has started, the user will need to do the following: 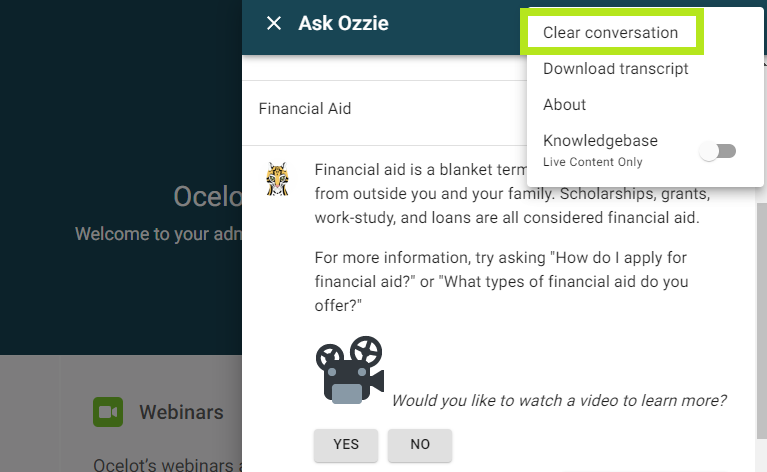 2.  Use the World Language Symbol 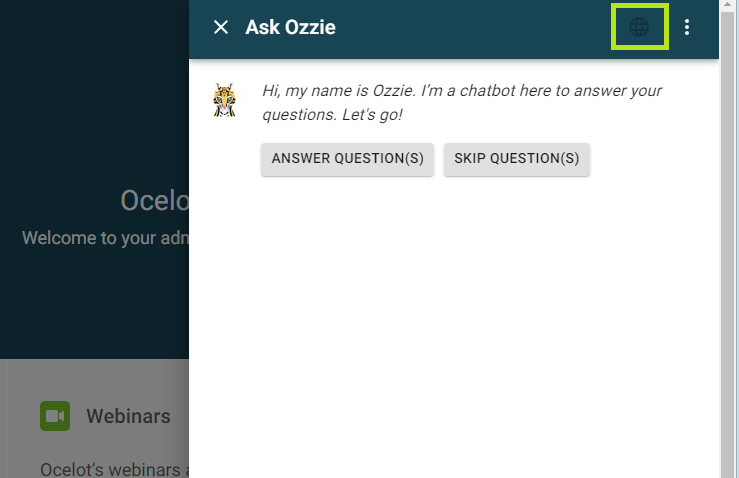 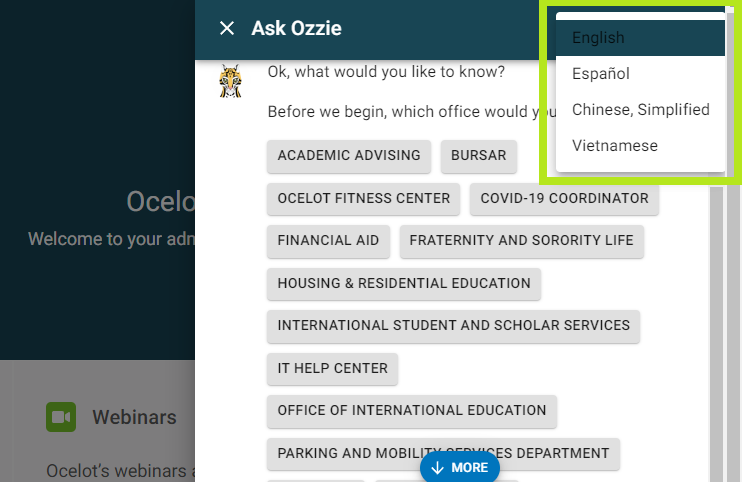