For more information on how to navigate Live Chat conversations in a multi-bot environment, check out the following sections:

The Live Chat agent will be able to determine which chatbot and office the conversation originated in the Active Conversations Preview panel on the left. 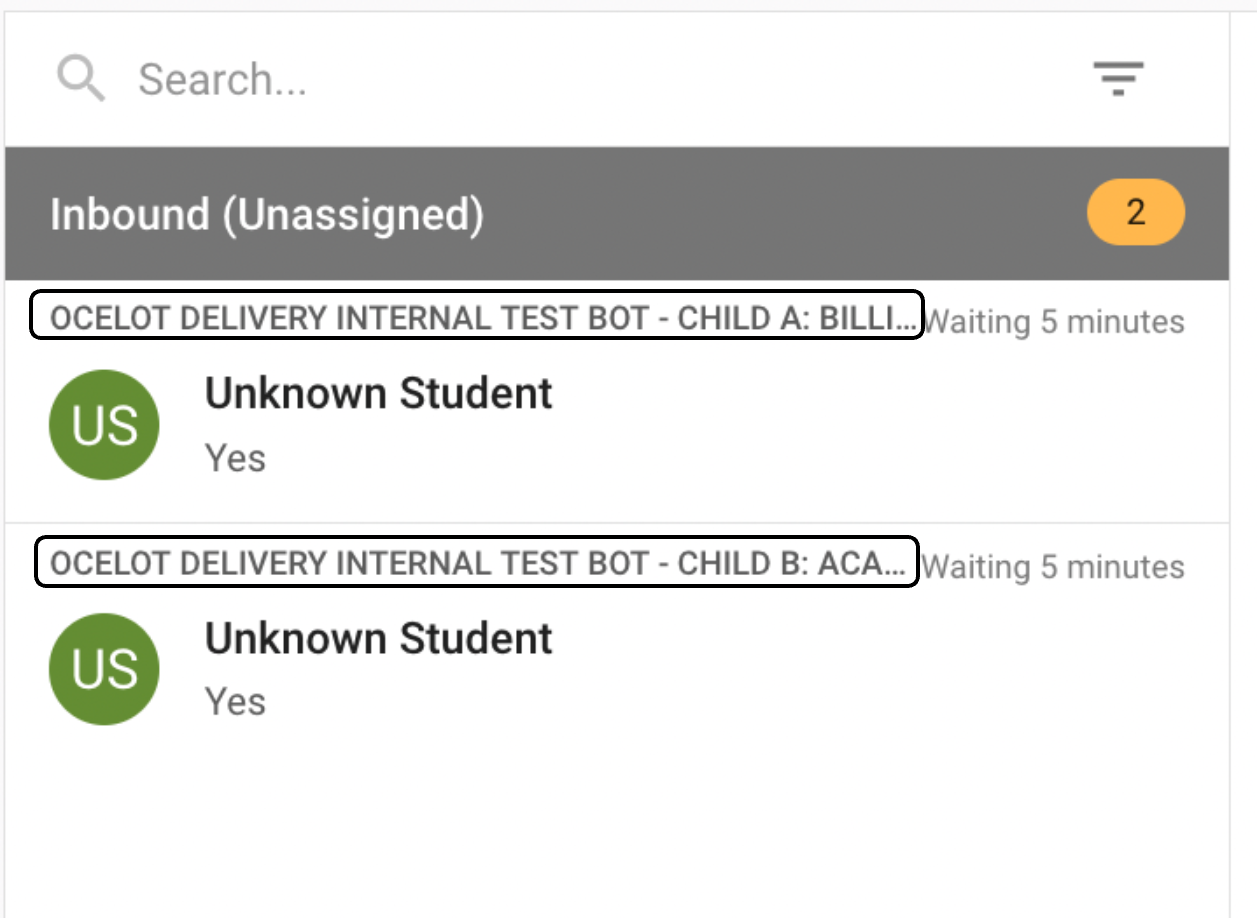 Parent bots can filter by associated child bots and offices. 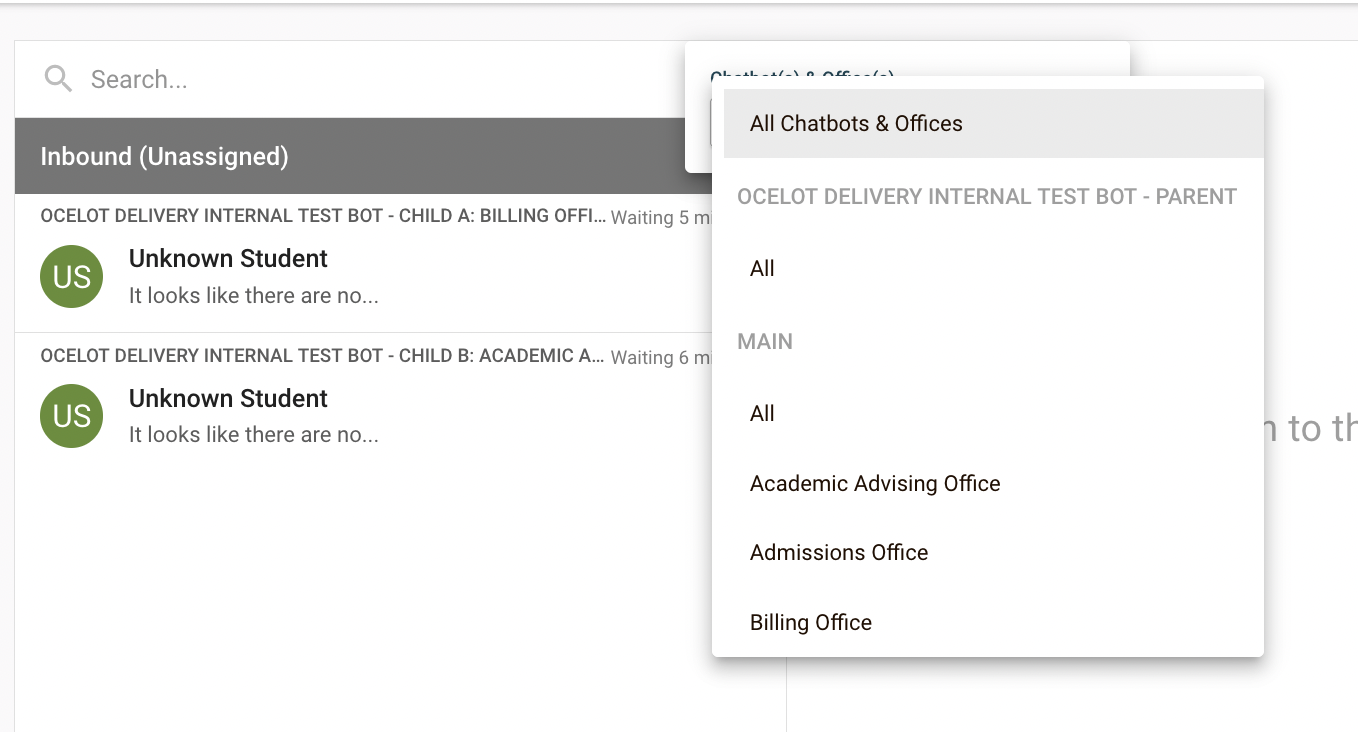 When a Live Chat agent is operating in the parent bot and engaging in a chat for a child bot, the suggested content that presents itself in the far right Suggested Content panel is generated from the child bot's knowledge base. 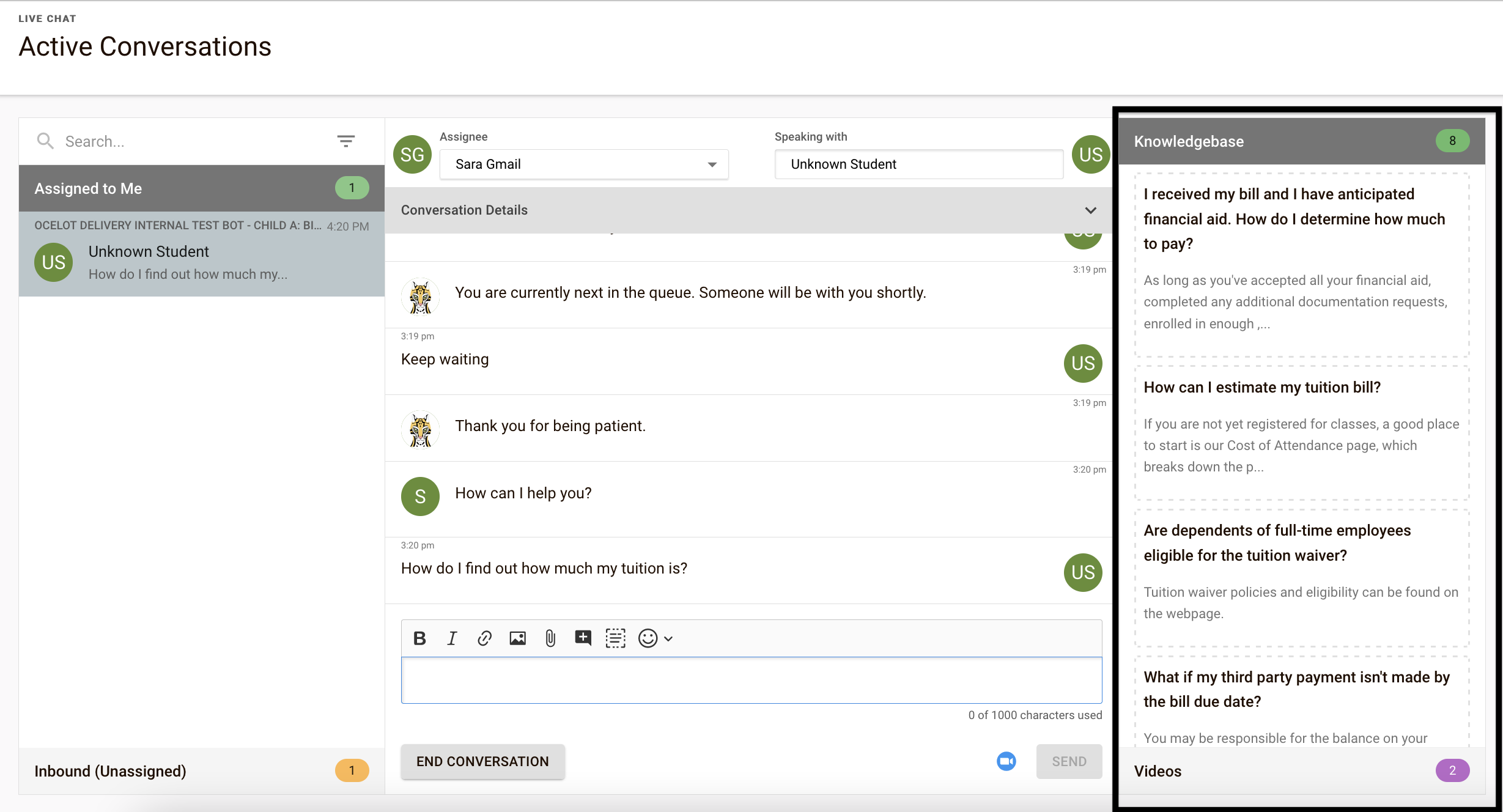 Variables are associated with the bot from which the Live Chat conversation originated.

When a Live Chat agent is operating in the parent bot and engages in a chat for a child bot and references a variable, the preview displayed in the text editor points to the value associated with the child bot.

It is important to verify the text editor preview to make sure the value exists in the associated child bot. If the variable is not completed or does not exist in the associated bot, the preview text editor will not display. If a variable is sent to the end user that either does not exist or has not been completed in the child's bot, the end user will see a blank space where the variable was positioned in the text.

Canned responses are affiliated with the bot the Live Chat agent is using.